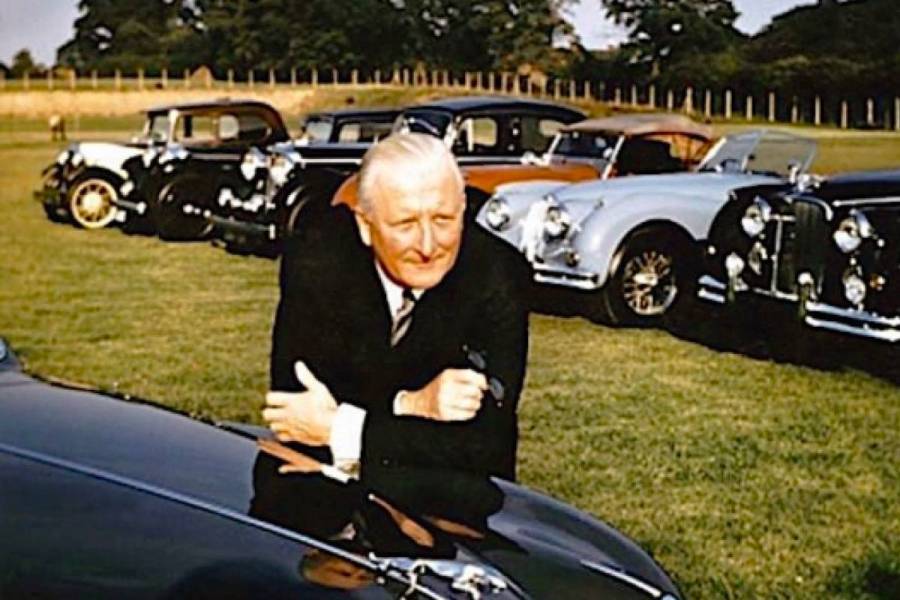 William Lyons took a small sidecar manufacturing business and developed it into a prominent World-wide Company in a few years.

One of the few ‘names’ that still resound in the world of automotive manufacturing is that of William Lyons. We know Ford, Renault, Citroen and Benz, as these names are still to be found in the car business. Other once famous names, such as Olds, Riley, Austin and Morris have disappeared.

Very few people now remember who those pioneers were, but Lyons is still remembered as Jaguar; these two are synonymous. Although he died in 1985 his legacy is still regarded highly by the current Design Department at Jaguar. Indeed, Ian Callum, Director of Design from 1999 to 2019, often looked at past Jaguar models to keep the ‘Lyons-Jaguar DNA’ alive.

How did Lyons exert such an influence on a brand? He was a charismatic person, single-minded and certainly strong-willed. Tremendously hard-working Lyons expected his staff to do likewise. He surrounded himself with exceptionally talented people who were just as keen on the enterprise as he was. They may not always have agreed with the Boss, but they were loyal, both to Lyons and to Jaguar.