The Swallow Sidecar model I Coupe Sports De-Luxe is the company's first model to stand out from its competitors with a new and memorable design. It was developed by William Walmsley, one of the founders of the future Jaguar. 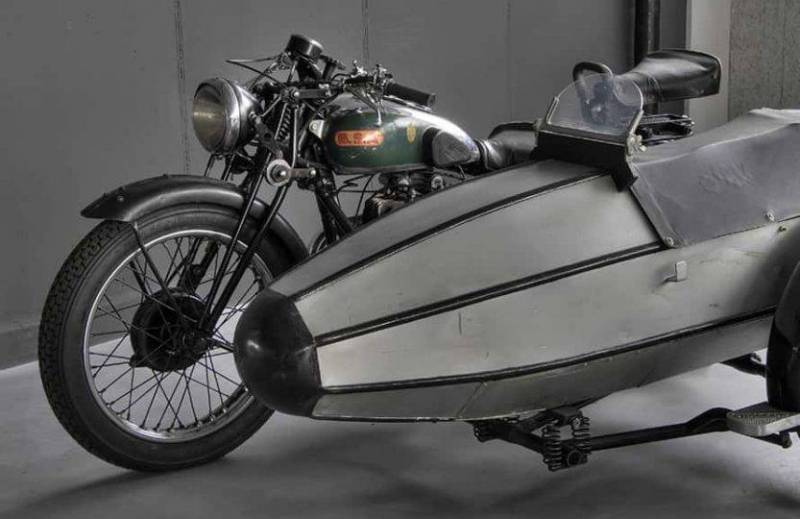 About Swallow Sidecar Model I

Owners of sporting sidecar outfits have long been regarded as a some what selfish class, thinking more of the light weight of their sidecars than the comfort of their passengers. But it has frequently been pointed out in these columns that a sidecar body in keeping with the “sporting” character of the machine and its driver need not necessarily be uncomfortable.

Sidecar manufactures are begining to realise this, and at least two comparatively little known sidecars will in 1923 be all that is required by the passengers.

The first of these is the Swallow, which is produced in Blackpool by the Swallow Sidecar Co., Bloomfield Road, and will be at the Olympia Show. From the illustration it will be seen that, while retaining the favoured Zeppelin outlines, the Swallow has the roominess and equipment of the popular touring types.

Constructed of polished aluminium, it permits the seating accommodation to be in the form of a cock pit, having a high back rest which supports the passenger’s shoulders, while a coupe hood is provided for those occasions when the driver be-best of it. This coupe hood is detachable, and is supported on a single stick which normally lies horizontally behind the bulbous back. The chassis is sufficiently strong for use with the largest machines or the popular 500 c.c. types, and the lamp, polished aluminium disc and step.

The other sidecar referred to is the Tornado, also a northern production, intended chiefly for such machines as the 349 c.c. A.J.S. It is also of the Zeppelin type. The weight is 65Lb., and one of its principal features is the “self-controlled” air cushions used for upholstery. It is manufactured by Hudson and Matthews of 21, Market Street, Altrincham, Cheshire.

The history of the first model dates back to before the founding of the Swallow Sidecar company. A talented mechanic, hardened by the war in the Cheshire Yeomanry, William Walmsley has a passion for motorcycles, and thanks to his developed technical skills, he makes the first sidecar for his Brough superior SS100 with his own hands. 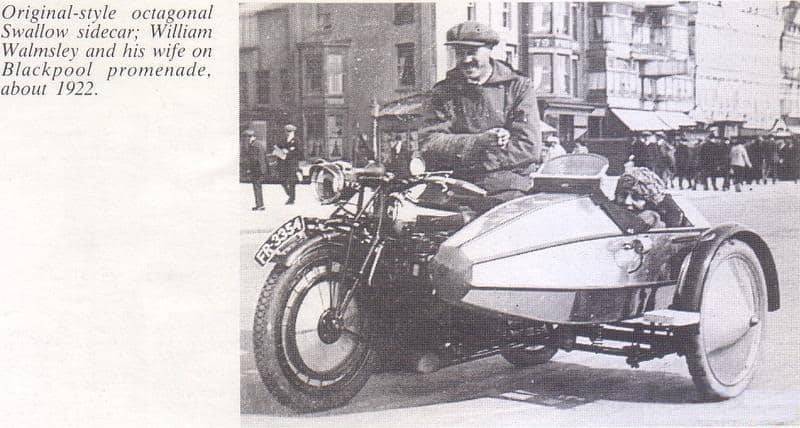 Original-style octagonal Swallow Sidecar; William Walmsley and his wife on Blackpool promenade, about 1922.

Subsequently, he meets William Lyons, a young and lively guy who really liked Walmsley’s stroller. Their communication and common interests lead to the idea of ​​cooperation and organization of mass production of wheelchairs for the population. So, on September 4, 1922, the Swallow Sidecar Company appears , the first model of which is the stroller of William Walmsley. 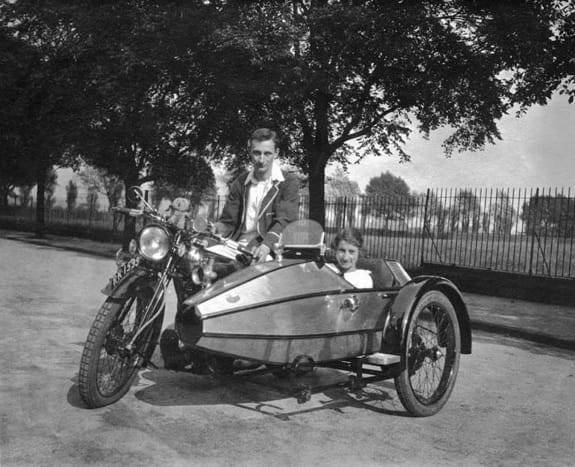 The model was produced in the maximum configuration and is also known as the “Complete model I”.

Chassis: 2 types of chassis were installed (No. 1 and No. 2), but with some common parameters.