Swallow Sidecar Model 8 Military is a sidecar model that became the main one for the British armed forces during the Second World War. 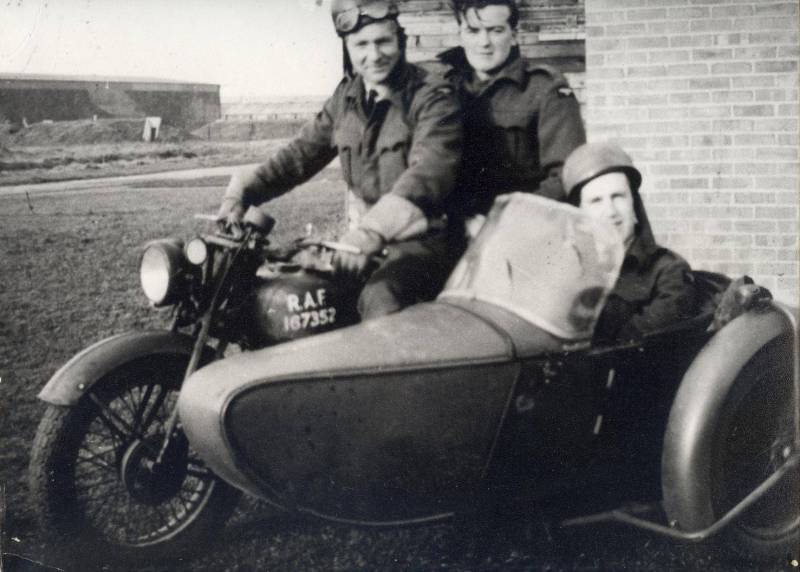 The sidecar Model 8 from the Swallow Sidecar company appeared around 1929 and was intended for long journeys in conditions of increased comfort.

Initially, the Swallow Sidecar Model 8 was a simple civilian vehicle for transporting passengers. In 1939, with the onset of the Second World War, the British War Office approved this stroller as the main one for the country's Armed Forces.

The sidecar has been used in conjunction with BSA M20 and Norton 16H motorcycles, and this is where it differs from the production model. If the hitch of the sidecar with the BSA M20 used the standard chassis from Swallow (presumably the Short Chassis), then the chassis of its own design was installed on the Norton 16H motorcycles, and the Model 8 sidecar body was already placed on top.

That is why during the Second World War there were two types of wheelchairs of the 8th model with completely different chassis. It is noteworthy, but some of the strollers have survived to this day and can be confusing due to the non-standard look different from the Swallow Sidecar catalog.

There is no information on the number of models built.

In addition to the unique Norton 16H chassis, the sidecars built for the British Armed Forces completely repeated civilian copies.

Tires: Dunlop to choose from.