The SS 1 (SS One) is Swallow Coachbuilding's first personal vehicle. Gathered on an exclusive chassis from Standard Motor Company. 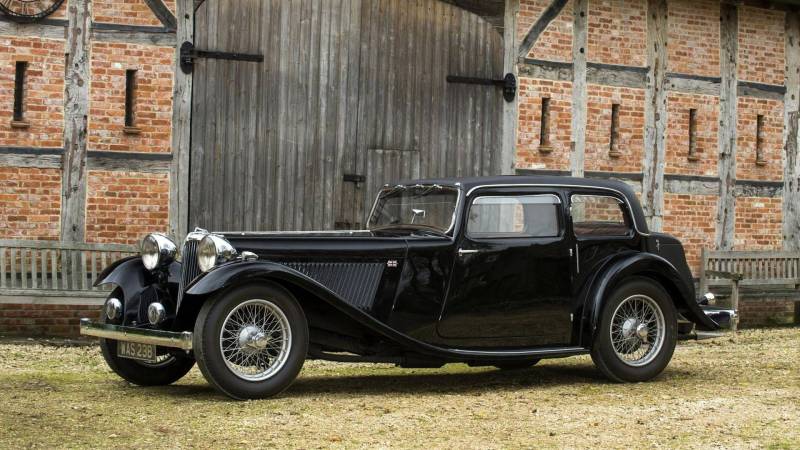 At the end of 1931, at the London Motor Show, Swallow's first personal car model, the SS 1 , was presented . The chassis and engine of the car were manufactured at the factories of the "Standard Motor Company", and supplied exclusively to the production of "Swallow", where the entire body and other components were already assembled.

Since July 1931, the preparation for the exhibition was accompanied by a huge advertising campaign launched by Lyons, which competently fueled the audience's interest in the release of the first car of the company.

The excitement was huge! Immediately after the exhibition, the acceptance of orders for production began, which started in early 1932. It was because of the large number of orders that we had to focus on the production of these cars, and gradually abandon models on third-party chassis. Only the most persistent were able to hold out until 1933 - Standard Swallow and Wolseley Hornet Swallow , but their production was also stopped.

According to the British magazine "The Motor", SS One was recognized as the most beautiful sports car in the world. The body was built from quality materials, like all Swallow cars, but, as it turned out, there were enough problems in the technical part.

For this reason, in 1933, there was a change in the chassis, which became more spacious and the body grew to a full-fledged 4-seater. And a little later, an open-top model was announced - Open 4-seater .

By 1934, the company changed its name to “SS Cars Ltd.”, and within a year launched the SS 1 Saloon , a 4-seater “four light” car, with additional side windows added to the base of the roof.

Also at this time, Walmsley manages (before leaving the company) to make for himself the SS 1 Roadster - a unique car produced in a single copy.

By the end of 1934, the beginning of 1935, the lineup was replenished with two more models - Airline Coupe and Drop Head Coupe .

General production of the SS 1 car line ended in 1936. During this time, they managed to produce approximately 4200 SS1 cars in various trim levels.

Cars produced on these engines since 1933 partially differed in size and equipment. Full vehicle specifications in each body type can be found in the SS 1 models section . Below are just a few of the general features:

SS 1 Sports
The very first car of the series. It differs markedly from subsequent copies and deserves separate consideration.

SS 1 Coupe
Modified version of the first model. Changes have been made both in the body structure and in the technical part.

SS 1 Open Four Seater
Sports model of “Tourer” type. It differed from its predecessors with a folding roof.

SS 1 Saloon
Model with the addition of additional windows in the roof of the car and a partial redesign of the body.

SS 1 Roadster
A special car created in a single copy by order of William Walmsley.

SS 1 Airline Saloon
A car with a special body, with a hint of the popular aviation theme, highlighting its unique design.

SS 1 Drop Head Coupe
Auto with a quick folding hood retractable in a special compartment of the trunk.