SS 1 Roadster or Walmsley Roadster is a model made on the basis of SS 1, in a single copy, commissioned by William Walmsley. 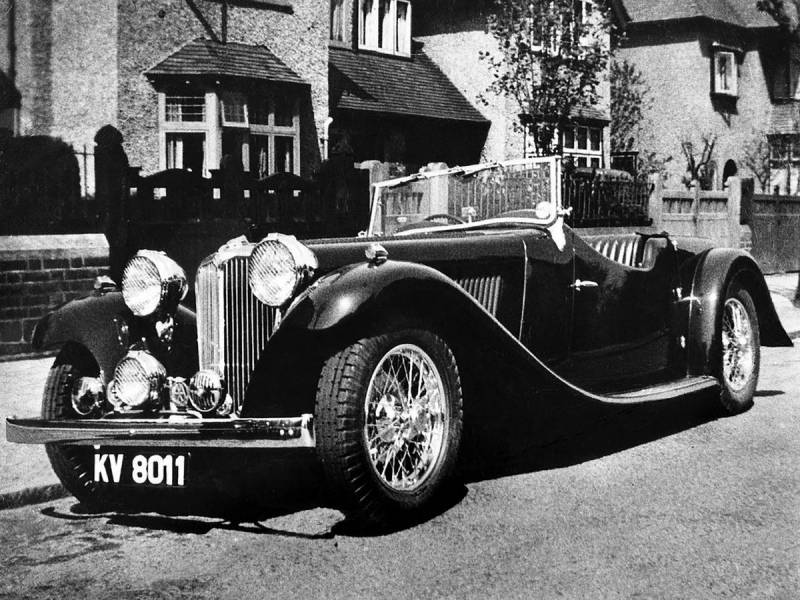 The value of the Walmsley Roadster should not be underestimated. It was actually the first sports car to be built by the company known as Jaguar in the future.

In 1934, William Walmsley designed and built a special sports car for himself. It was built on a standard SS 1 chassis (number: 247564), used the same car's 6-cylinder engine, but had a folding roof and folding windshield. Everything was designed to maintain the “wind in the face” feeling that Walmsley cherished from day one with motorcycles and grew into the creation of the "Swallow Sidecar".

This brand new and graceful SS 1 is finished in William Walmsley's favorite olive green color with a matching olive interior. Work on the model was completed in March 1934. True to his tradition, Walmsley made the body of polished aluminum, as well as the famous “Swallow” sidecars. When using the SS 1 chassis, the bodywork was completely unique and flashy.

This stunningly beautiful car was probably one of Walmsley's last projects under the roof of the company. At the end of 1934 he retired.

Later, Walmsley sold the car to a US Army officer who brought it to America in the spring of 1956, when his trip to Europe ended. And already in 1959 he sold it to one of the employees.

40 years later, in 1999, the third owner sold it to Brian Beni. Since the previous owners could not find time for restoration work, the car fell into the hands of Brian Beni almost in its original form.

This unique, one-of-a-kind sports car has been lovingly restored by the Beni family of Westchester County, New York.

The 1934 SS 1 Walmsley Roadster will make its first and only public display in 2016 at the Amelia Island Concours. Since then, the roadster has returned to Beni's private collection, one of the most complete pre-war SS and Jaguar collections in the world.

It is known that the car has a 20 H.P., 2143 c.c. engine, an "Ekco CR75" car receiver, and "Andre Hartford" shock absorbers, but other bodywork and technical elements are not known for certain.