Standard Swallow Little Nine is the last of 4 cars produced with the Swallow body, but with the engine and chassis from the Standard. 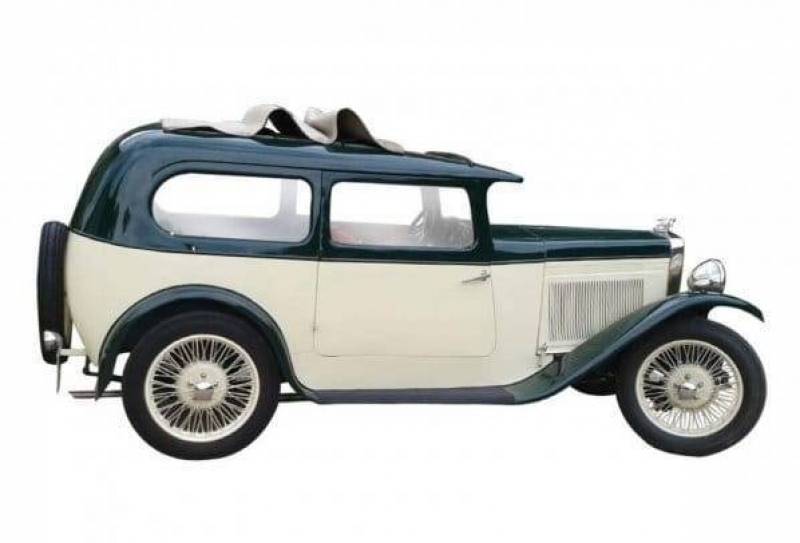 The model was released in 1932. By analogy with previous models (Standard Swallow Nine and Standard Swallow Big Nine), it was built on the chassis from the "Standard Motor Company", namely the Standard Little Nine.

A distinctive feature was not only the technical characteristics, but also the wheelbase, which was about 26-30 cm shorter. Hence the name - Little Nine.

It is not known why the Swallow management decided to switch back from large models to shorter and less powerful ones. Perhaps this was an attempt to repeat the success of the Austin 7 Swallow, which was distinguished by its simplicity and small size.

In total, several models were built, but the exact number and price (as well as the reason for which production was stopped) remain unknown.

Information about one surviving copy was obtained from auctions. For 15 years this car (chassis #106375) was owned by a French collector. Over the past 15 years, he has been gradually engaged in its restoration.

The most exciting issue is the rag roof of the car, and it is already difficult to figure out if this is the idea of ​​the restorer, or this was how it was conceived at the Swallow factories.

There is very poor information about the Standard Little Nine model, that's all we know: