Austin Seven Swallow is Swallow's modification of the popular car Austin Seven, which was presented in 3 different bodies. 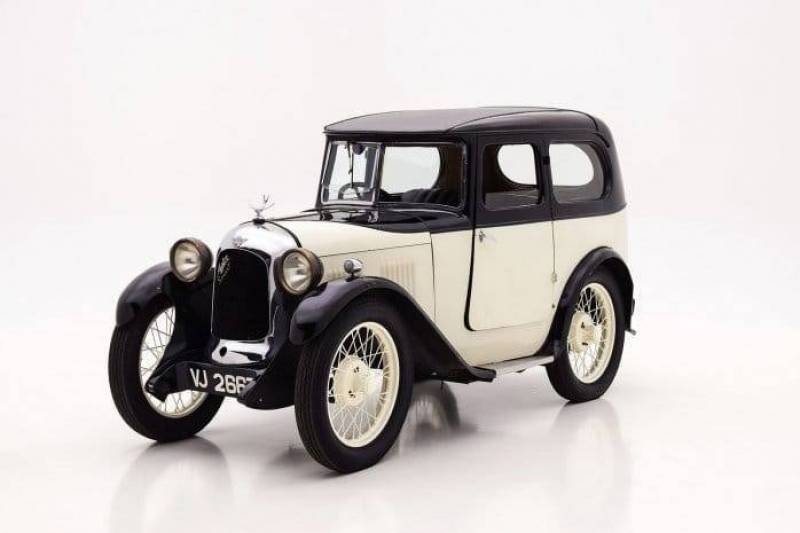 In the fall of 1926, Jackson Brothers, a former employee of the company, had an accident, after which he asked the guys from "Swallow" to make a body for his dented Talbot'a. The order was successfully completed, and Lyons and Walmsley realized that now they can make not only strollers, but also excellent car bodies. The choice of model for the experiment fell on the popular Austin 7, with which they were already familiar and often seen on the streets of the city. However, for the full construction of the car and the subsequent successful sale of the body was not enough.

In January 1927, one of the Austin and Morris dealers, Stanley Parker, sold the engine and chassis from a brand new Austin Seven to Swallow for £100. It is worth noting that the idea of ​​​​replacing the body was far from new, and several workshops were already working on this.

The task for the development and construction of the body was received by bodybuilder Cyril Holland, who completed his studies at Lanchester. Although he had been working since the end of 1926, he had already managed to take a closer look at Lyons, who was the main initiator of this idea.

Already in May 1927, the “Austin 7 Swallow” appeared and debuted in The Autocar magazine. The first model was in the back of a Two-Seater and differed from the classic Austin in many elements:

It was these elements that strikingly distinguished the bodies of “Swallow” from competitors from other workshops, the bodies of which remained “chopped” and gloomy.

The Austin Seven Swallow quickly gained popularity due to its features that made a simple Austin 7 more representative car with a fairly attractive price.

By 1928, the lineup included 3 body styles: Two-Seater, Coupe, Saloon . The main difference between the bodies was mainly the top.

The first major order was for 50 cars from PJ Evans, followed closely by an order from Henlys for 500 units. It was necessary to urgently expand production, which led to the relocation of the workshop from Blackpool to Coventry, the abode of the British automotive industry.

Cars were produced until October 1932. In total, about 3,500 Austin 7 Swallow cars were built in various modifications:

All this time, the car was partially refined: radiator grilles, fenders, bumpers, etc. were changed.

Austin 7 is a popular car, distinguished by its reliability, simplicity, and low cost. Created by Herbert Austin in 1922, it gradually gained respect, and began to collapse in sales in the motorcycle sidecar market. Many people wanted something more representative, comfortable, and reliable than motorcycles with sidecars. But even here there was one problem - the seemingly popular classic Austin 7 cars did not have their own personality.

Since many models have been produced over the course of several years, we will try to give approximate known characteristics: